Your Gift to Give 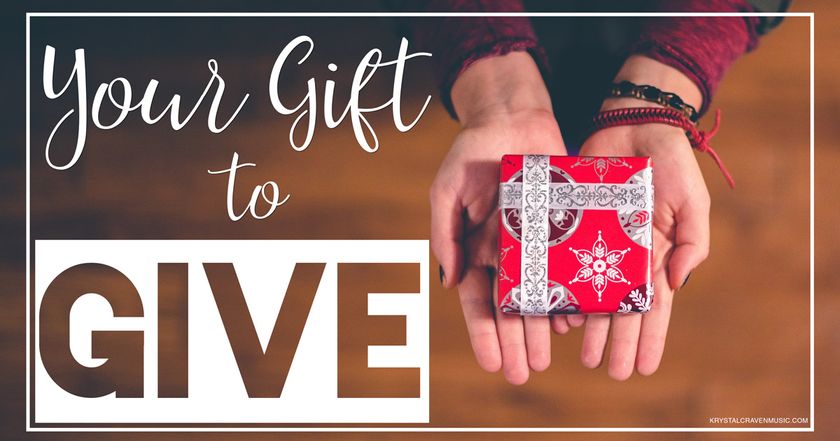 “Now those who were scattered because of the persecution that arose over Stephen traveled as far as Phoenicia and Cyprus and Antioch, speaking the word to no one except Jews. But there were some of them, men of Cyprus and Cyrene, who on coming to Antioch spoke to the Hellenists also, preaching the Lord Jesus. And the hand of the Lord was with them, and a great number who believed turned to the Lord.” (Acts 11:19-21)

As persecution kicks in, it tends to do a number on the Church, which can be both good and bad. In the spiritual realm, the devil’s intention is to destroy the Church, but God uses it for the good of His people who love Him and are called according to His purpose and uses it instead to refine His Church. We see that even in the early church, as persecution revved up, the people scattered. The scattering wasn’t a bad thing though, we later see Paul escaping death through a window and by means of Roman escort through persecution. What was bad is that they ceased to speak the word to anyone except Jews, which failed to carry out the work of evangelism and discipleship that Jesus called us to. BUT there were men who went forward boldly and preached the Lord Jesus to the Hellenists, who were gentile/non-Jews, and we see that the hand of the Lord was with them and people were getting saved and following Jesus.

If we go on further in this section of Acts 11, we read, “The report of this came to the ears of the church in Jerusalem, and they sent Barnabas to Antioch. When he came and saw the grace of God, he was glad, and he exhorted them all to remain faithful to the Lord with steadfast purpose, for he was a good man, full of the Holy Spirit and of faith. And a great many people were added to the Lord. So Barnabas went to Tarsus to look for Saul, and when he had found him, he brought him to Antioch. For a whole year they met with the church and taught a great many people. And in Antioch the disciples were first called Christians.” (Acts 11:22-26)

Barnabas was sent, being full of the Holy Spirit and of faith, he went and used his gifts to exhort them in their faithfulness to the Lord with STEADFAST PURPOSE. We are God’s workmanship created in Christ Jesus FOR GOOD WORKS. We have purpose and good works to do that our Father has prepared for us to walk in, but we have to be faithful to exercise the gifts His Spirit has empowered us with to carry them out. In essence we’re given gifts to give to others and by doing this we’re serving God and bringing Him glory.

One person doesn’t have all the gifts, we are many members of one body, just as it says in 1 Corinthians 12. We may not be gifted in one area but someone else is, and someone else might not be gifted in another area but you are. That is the beauty of it, one sows and another waters, but the work gets done by one Spirit. Barnabas was a great example of this when he came to Antioch and used his gifts to exhort the church. He got there and served, but in realizing what they needed, he went to Tarsus and brought back Saul (who would later go by Paul) to teach with him in Antioch for a whole year. He knew his giftings were more of a one-on-one discipleship gifting and that Paul was gifted as a church planter and Bible teacher. Barnabas wasn’t afraid that Paul was going to somehow take the spotlight or anything like that. He had the good of the people in his heart and mind and being full of the Spirit and of faith, he left and came back with a brother who could come alongside to better serve in an area that was needed.

The result was a growth, equipping, and maturing of the believers there. They were called Christians, or “little Christs”. Don’t you just love that? It reminds me of when you see a child and their parent and the child resembles the parent so much that you might say that child is their parent’s “mini-me”. We are Christ-like as we grow in His grace and knowledge, moving from glory to glory while being made more and more into the image of Jesus Christ. We should become so that others looking at us see the resemblance of Christ in us. How can we become more like Christ when it comes to the gifts? We need to use them, be operating in them, just as Jesus did and just as we see in the great cloud of witnesses we read about in our history who ran their race with endurance. (Hebrews 11-12)

I exhort you, my friend, to fan into flame the gift of God and not neglect to use the gifts the Spirit has given you so you can walk in the good works He has prepared to bring Him glory (1 Timothy 4:14-15; 2 Timothy 1:6-7).