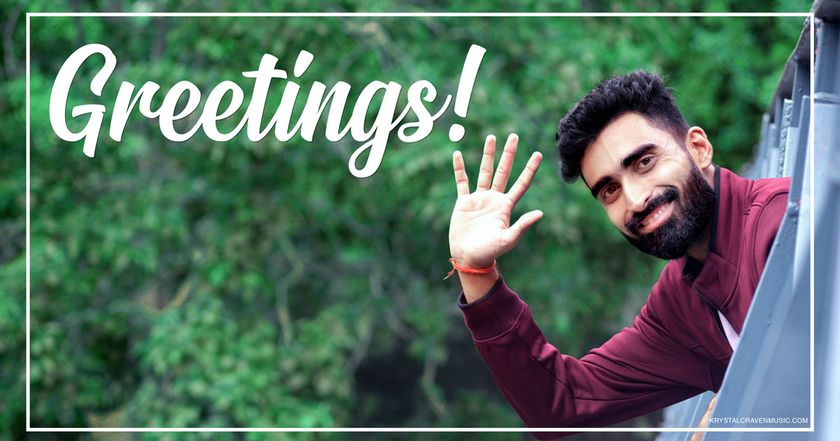 In Acts 15, an issue had arisen in which the false gospel was being taught that circumcision was required for salvation. As the council was setting out to write a letter in which Paul and Barnabas would deliver, the letter starts out, “The brothers, both the apostles and the elders, to the brothers and sisters who are of the Gentiles in Antioch and Syria and Cilicia, greetings.” (Acts 15:23)

This may seem like a small thing in such an important letter, but it really is rather huge. Throughout the New Testament, we typically see the greeting reserved for the end of the letter, but in this letter, in which “greetings” was used at the beginning, and in the book of James (James, the brother of Jesus) we see it at the beginning. “James, a servant of God and of the Lord Jesus Christ. To the twelve tribes in the Dispersion: Greetings.” (James 1:1) James is believed to have been the one to pen the council’s letter in Acts.

When we look at this word for greetings in the Greek, it’s chairō, and it’s a verb that carries the meaning to rejoice exceedingly and was used as a salutation in that time. Most people, according to the letter writing custom of the day, gave the greeting at the end, as in the other letters we see in the New Testament, so why did James put it first?

In Luke 1:28, when Gabriel, being a messenger of God, came to Mary to tell her the news that she would be the mother of our Lord, he said, “Greetings, O favored one, the Lord is with you!”. But more interestingly, in Matthew 28:9, after Jesus had resurrected, Jesus met his disciples and said, “Greetings!”

James, having grown up with Jesus, would have been around him longer than the disciples and it makes me wonder if Jesus would often greet James, his little brother, with “Greetings”. That would make sense why James didn’t follow the custom of the day, but instead followed the example of his older brother and Savior, Jesus.

“Greet all the brothers with a holy kiss.” (1 Thessalonians 5:26 – in context of giving a warm greeting among brethren)

“And if you greet only your brothers and sisters, what more are you doing than others? Do not even the Gentiles do the same?” (Matthew 5:47 – in context of loving your enemies)

We’re told to greet our brothers and sisters in Christ, to greet those whom show us hospitality, and to greet those who have placed themselves against us as enemies, as well as having the example of God’s messengers and Jesus Himself giving a greeting of rejoice. Do you greet people in this way?

In our culture, this can be hard or feel awkward, but think about when you’ve been somewhere, you could have been in a good or bad mood, but all of a sudden someone makes eye contact with you and greets you with a friendly “Hello!”. Didn’t that lift your spirit a bit? In this world full of hate and self-serving mentality, what a breath of fresh air a kind greeting could do, and what an opportunity that could arise to share Jesus with a broken world. How about you? Will you really see people, not just look at them, but see them and take part in storming the gates of hell that won’t prevail against His Church, starting with one little, loving word? Greetings!