Called For A Purpose 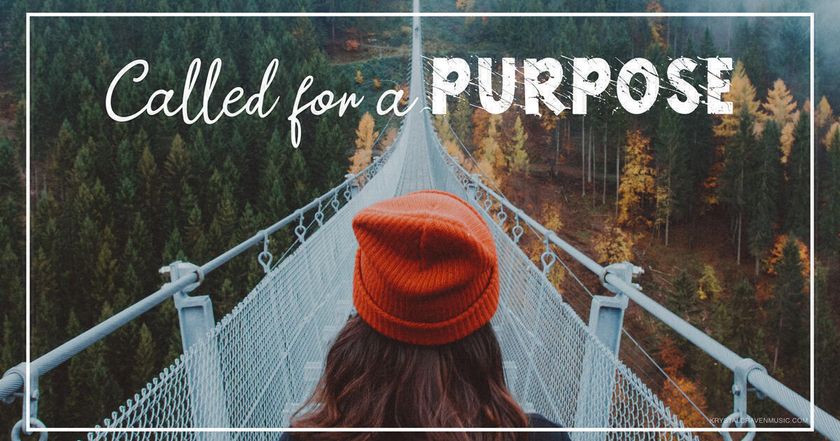 As Americans, we’ve come to celebrate Women’s History Month in March. While we look back on the great accomplishments of women in American history and honor them, we as Christians can look back on the people in the Bible and not just look at their accomplishments, but more importantly learn from them and apply the spiritual truths to our lives.

When I think of a great woman in the Bible, Esther is one of the first women who comes to mind. This young, beautiful woman is often remembered for her bravery when she was queen, but if we look back even before she was queen, we see a strong young woman who had been carried away as a captive and was an orphan, living with her cousin.

Yes, she ended up living in the lavishness of royalty, but what it took in order for God to raise her up took immense amount of strength and trust in God. To be taken as a virgin in order to be in the king’s harem was to be taken as property and used for the king’s pleasure with the possibility of becoming queen. She had to trust that God was with her, would keep her, and would give her the grace to get through whatever it was she would face in this new season of her life.

When she was in the midst of facing possible death for breaking the law in order to go before the king unsummoned, what she did gives us a beautiful example of what we too can do when faced with hardship.

“I and my young women will also fast as you do. Then I will go to the king, though it is against the law, and if I perish, I perish.” (Esther 4:16b)

She fasted, she denied her flesh in order to strengthen her spirit in the LORD and seek His favor upon her as she set out to do something God had called her to, although against the laws of man. And YET, she knew she may perish doing the will of God and she was content with that.

This reminds me of Shadrach, Meshach, and Abednego when they too were faced with obeying God or man. “O Nebuchadnezzar, we have no need to answer you in this matter. If this be so, our God whom we serve is able to deliver us from the burning fiery furnace, and He will deliver us out of your hand, O king. But if not, be it known to you, O king, that we will not serve your gods or worship the golden image that you have set up.” (Daniel 3:16-18)

Now we know that God doesn’t always deliver us from the hands of men, as we see from those who have died as martyrs. As the apostle Paul so eloquently penned: “As it is my eager expectation and hope that I will not be at all ashamed, but that with full courage now as always Christ will be honored in my body, whether by life or by death. For me to live is Christ, and to die is gain.” (Philippians 1:20-21) If we truly believe that to live is Christ and to die is gain, then what does it matter if we live or die, so long as we are walking in the good and perfect will of God.

Just as Esther trusted God, even unto death, and was called for a specific purpose, you too are called for a purpose. Will you trust God and be willing to be used “for such a time as this”?