Each song has its own page where you can download the mp3, watch the official music video, read about the story behind the song and the Bible verses and themes included in the song, shop specific merch designs, and get the chords and lyrics.

The order of the songs was done so very purposefully, flowing from an upbeat start, to a slower middle, and picking up to end on an upbeat note. My hope and prayer is that in listening, it is a refreshing time of worship that leaves you edified and full of joy in the God of your salvation! (Clicking on each song name below will take you to the song page)

Prefer to order a CD instead of download mp3 files?

The Names of God album are available to stream on the major services such as Apple Music, Amazon Music, Spotify, etc. Adding to your library and playlists also let’s the streaming service know people are interested in my album so they’ll show it to more people. :)

100% of the sales profit and all donations support the ministry work of recording and making the music available to listen and download for free.

Since I don’t work with a label and am considered an independent artist, I rely on the financial support that God provides through people who are stirred to support this music ministry. If you’d like to financially support this work, you can shop my custom designs in my merch shop and/or give a financial gift. Thank you for your support! 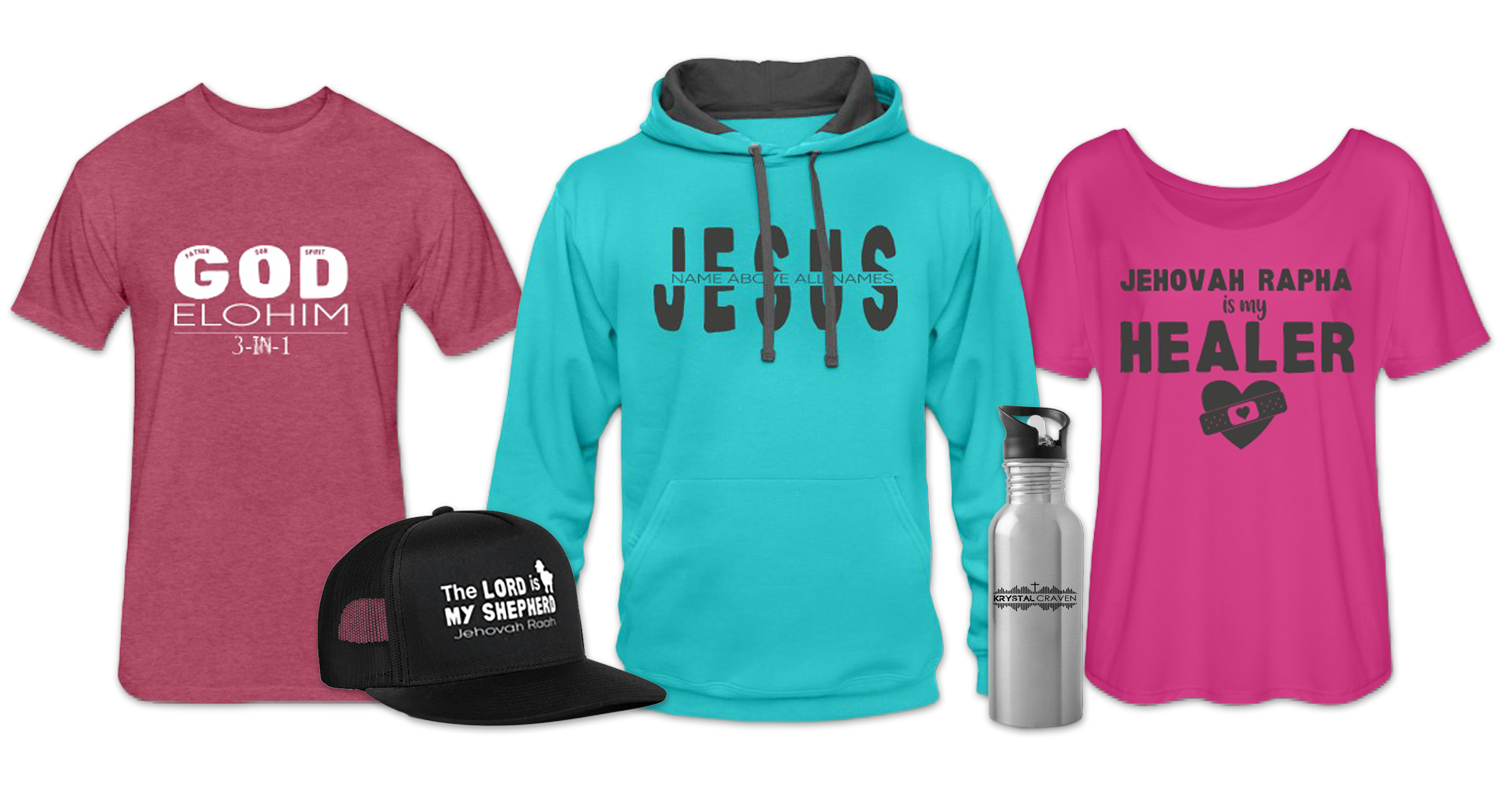 The Story Behind the Album

On September 29, 2016, the day was coming to a close and I began feeling a bit off, like something wasn’t quite right in my body. It had been a physically demanding day and I brushed it off as being overly tired. The next morning, I didn’t feel any better and I started feeling like my right arm and leg were getting heavier. My friend had come over for a visit and she noticed that I was not normal and was dragging my right leg as I walked so she insisted I get checked out. The doctor wasn’t at all concerned and said I must be stressed, so I went home to rest. Over the next week, I went from feeling off to visiting the ER on 3 separate occasions, and the last visit had me on a stroke bed with the physician ordering a clot buster. Right as it was about to be administered, she yelled for the nurse to stop and said she had seen my right eyebrow twitch so I couldn’t be having a stroke.

After scans and tests to rule out any life and death situations, I was sent home to wait for a referral to a neurologist. It was in that moment of sitting on the couch unable to talk, walk, or move my right arm, and not knowing what health issues I was facing, that God gave me what would become the chorus to God of Peace (Jehovah Shalom). That was such a comfort to me, and I sang it over and over in my mind as His perfect peace washed over me.

Eventually, as I was working my way through physical, occupational, and speech therapies, I began to attempt playing my guitar and piano and to sing again. It didn’t sound great, but my heart was worshipful. I wrote the rest of God of Peace (Jehovah Shalom) and once I had regained function, God stirred and gave me vision to write an album on His Names.

About 6 months after regaining function, I began to have mild stroke like symptoms return and other symptoms began to appear over the years. Although I’ve been battling chronic illnesses, I still worked on writing this album over 5 years, purely by the sufficient grace of God, and its release date is on the 5 year anniversary of when this all started.

Although there are many, many more names of God, I decided on 7 because it is the number of perfection, and it had taken me 5 years, which is the number of grace. This album is an Ebenezer to me, a remembrance of His goodness and faithfulness in my life, for He is good and His steadfast love endures forever! I sincerely hope you’re blessed and edified in hearing this album that God inspired me to write.